Conquering the Freshman Fear of Failure 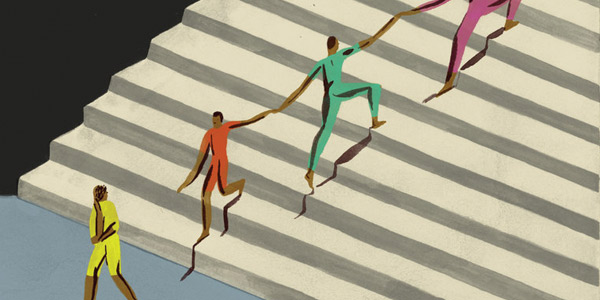 By David L. Kirp, for the New York Times

Although it’s been a long time, I vividly recall my reaction when I learned that I had been admitted to Amherst College: The admissions office must have made a terrible mistake.

I had graduated from a Long Island high school where most students didn’t go to college, so I was convinced that at Amherst I would be overmatched by my better-educated, more sophisticated classmates and sliced to ribbons by my brilliant professors. To my surprise, I fared well academically, but I never entirely got over the feeling of being an impostor. Only decades later, at a class reunion, did I discover that many of my peers had felt exactly the same way.

Regardless of their credentials, many freshmen doubt that they have the necessary brainpower or social adeptness to succeed in college. This fear of failing hits poor, minority and first-generation college students especially hard. If they flunk an exam, or a professor doesn’t call on them, their fears about whether they belong may well be confirmed. The cycle of doubt becomes self-reinforcing, and students are more likely to drop out.

The good news is that this dismal script can be rewritten. Several recent research projects show that, with the right nudge, students can acquire ways of thinking that helps them thrive.

In a large-scale experiment at an unnamed school I’ll call Flagship State, incoming freshmen read upperclassmen’s accounts of how they navigated the shoals of university life. The accounts explained that, while the upperclassmen initially felt snubbed by their classmates and intimidated by their professors, their lives started turning around when they reached out to their instructors and began to make friends.

“Part of me thought I had been accepted due to a stroke of luck, and that I would not measure up to the other students,” wrote one upperclassman. “Early on, I bombed a test. It was the worst grade I’d ever received, and I felt terrible and isolated. But then I found out that no one did well on that test. The professor was trying to set a high standard.”

Other freshmen were introduced to research online showing that intelligence isn’t a static trait or the luck of the genetic draw, but can grow through hard work. They were exposed to what the Stanford psychologist Carol Dweck describes as a growth, rather than a fixed, mind-set. This shift can be transformative; as Dr. Dweck explained, “the view of intelligence that you adopt for yourself shapes your educational experience.”